‘Downtown’, as we use it. is primarily comprised of what’s commonly referred to as The Central Business District; but make no mistake about it, Downtown is far from being only business. With emerging or revitalized sections such as The Arts District, The West End and The Farmer’s Market; Downtown is being transformed from what once was an area with a thriving Daytime Workforce Population (and virtually none at night), to one that’s ‘Open For Business’ 24/7.

Today, more than 8,000 residents call Downtown home, with that number expanding daily. Many of the buildings that once were centers of banking and commerce have been converted into modern, stylish High Rise Apartments, Lofts and Condos; with several additional large scale projects either underway or on the drawing board.

Urban Parks such as Main Street Garden, Belo Garden, and Klyde Warren have replaced stark freeways and parking lots with true Urban Outdoor Gathering spots; with music venues, grassy settings, and food trucks. As Downtown increases in popularity, so do the number of places to enjoy a quality meal or socialize with friends. We also see many retail merchants springing up to offer new shopping experiences to complement the venerable Neiman Marcus. The Convention Center and its surrounding quality hotels are attracting more and more visitors from throughout the USA and foreign countries around the world.

Downtown Dallas’ Arts District is now recognized as ‘World Class’ both in size and scope. Whether you’re looking to be entertained at one of the Performing Arts venues; or want to stimulate your mind and soul at an exhibit at one of the Museums of Arts, History or Science; Downtown Dallas has an answer for both the ‘Young in Age’ and ‘Young at Heart’.

Traveling out of Downtown, doesn’t automatically mean firing up the family car. DART’s Light Rail system can take you North, South, East, and West to destinations such as Fair Park, The Zoo, Las Colinas, Plano, Carrollton, Garland, Rowlett and even DFW Airport. The McKinney Avenue Trolley currently connects Downtown to Uptown, with service beginning shortly to Bishop Arts and North Oak Cliff. The Texas Railway Express runs trains to Fort Worth and back; and AMTRAK trains travel from Chicago to Austin and San Antonio with a stop at Union Station.

If you think Downtown sounds like a good fit for your lifestyle, or perhaps you would just like to learn more; give us a call and find out how easy it is to ‘Make a Move to Intown’.

Check Out These Featured Properties In Downtown Dallas 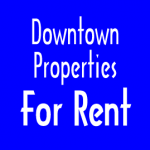 Hop On The Trolley For Our Online 'Get Started' Form

Intown Dallas Real Estate is a member company of the Intown Real Estate Group, Inc. and is licensed by
TREC and the State of Texas.Broker of Record ~ Charlene Hoppenrath

We have made every effort to insure that the Dallas Real Estate information is complete and correct at the time of publication. However, Intown Dallas Real Estate assumes no responsibility for the accuracy of the information contained herein. Our Dallas Real Estate Sales Associate's can help YOU in many ways. Our Agents work and live in the Greater Dallas areas, working with Buyers, Sellers and Renters throughout Dallas and adjacent areas of Collin and Denton Counties. We strive to provide the highest level of professional service, All properties are subject to availability, price changes, and prior purchase or lease.